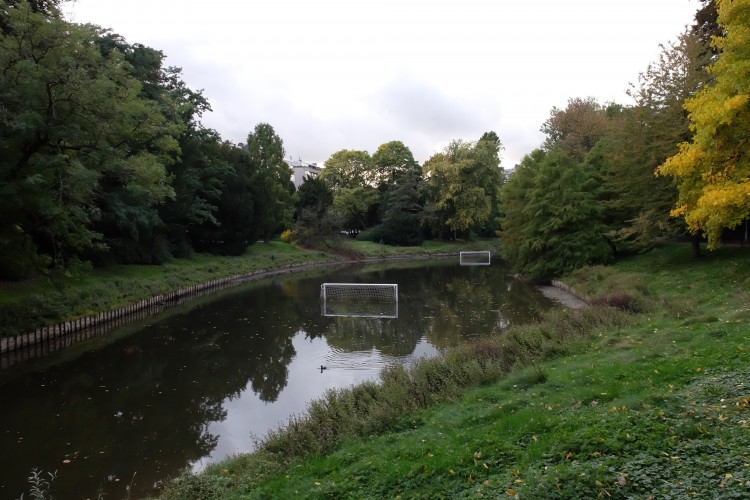 This football field is flooded: you can only see the top slats of the goalposts. The ice caps are melting. You can’t play football here anymore. Maybe you could play a different game, though. Or maybe it’s a field for a game you don’t know yet. Maybe it’s a football field made by somebody who can’t stand kids.

Placed without any announcement in the pond in the municipal park of Antwerp.
It was there from 21 October till 16 December 2015.

Between 2015 and 2017, Benjamin Verdonck realised a series of installations, actions, miniature shows and activities in which he tries to address the absence of a public debate on the inevitable changes gradually taking place in our ecosystem. Working title for this cycle was EVEN I MUST UNDERSTAND IT. His actions took different shapes throughout the process, like a representation, a lecture, an exhibition or an installation in public space.